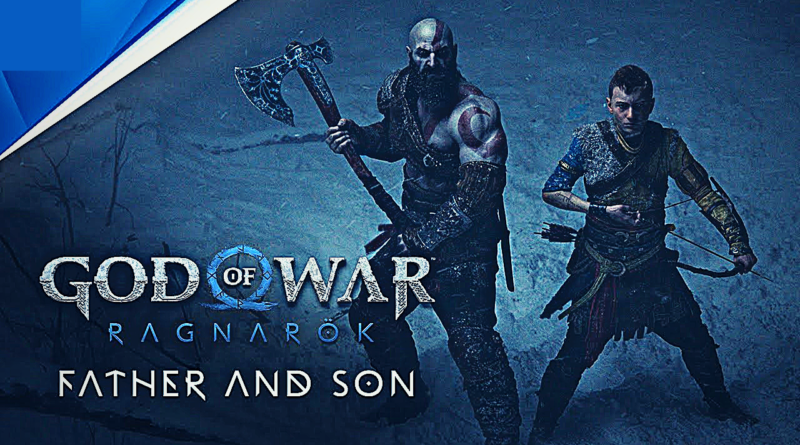 God of War Ragnarok, chronologically the ninth installment in the God of War series and the sequel to 2018’s God of War, which was an all-time great in the video game genre.

The action-adventure video game developed by Santa Monica Studio and published by Sony Interactive Entertainment, releases worldwide on November 9, 2022, for the PlayStation 4 and PlayStation 5, marking the first cross-gen release in the series. Acclaimed as the all-time great, the God of War 2018, received positive responses and is considered a masterpiece. Making a sequel to it would have been challenging, thanks to the developers for delivering an outstanding written and engaging story that connects through its stunning visuals and lively combat.

The story is a continuation of the previous game and is expansive in its narrative. Now it is possible to explore the nine realms along with an additional Svartalfheim. Coming to the plot, the story follows three years after the events of the previous game. The span is drawing to a close which will begin the prophesied Ragnarok.

Kratos alongside his son Atreus begins to traverse the nine realms to prevent Ragnarök while attempting to uncover answers behind Atreus’ identity as Loki. Leading them to Týr, the Norse God of War who was previously considered dead. Their battle will be against Thor, the Norse God of Thunder who seeks revenge following the deaths of his half-brother Baldur and two sons Modi and Magni in the previous game. Odin, Thor’s father and King of the Norse Gods, and ally-turned-enemy Freya, who seeks revenge following the death of her son Baldur are some other confrontations Kratos is going to face. 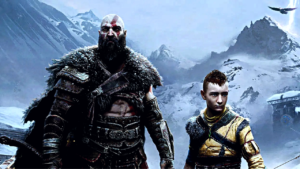 The previous release had the critics aggrandize the game for its stunning visuals and graphics back in the days when it was released for the PlayStation. Later the game was released for the PC, but the response was clear and the visuals were still impressive even after years. The all-new God of War Ragnarok, with new-gen graphics, had to match the high standard of pristine visuals its predecessor had set years ago. The game looks fresh and alive even with a monotonous Norse setting which has been used in every God of War title. The game starts in the frosty midlands a few years after the final revelations of 2018’s God of War.

Similar to the previous game, the exploration of various places is fun and more fun when it is mixed with jaw-dropping visuals and the setting of the environment. The broad light clinches through and reflects from Kratos’s weapon, the water under the boat now feels lively, the details of the rocks gliding from the hills are now visible, and each monster you fight and each animal you encounter feels so real that moving the eyes away from the screen is unworkable. The brutal fight scenes still blunge out the blood and magical powers set the show to the right tone.

The character models are improved where you can see Kratos’s scar more visible on the right side of the forehead. Apart from Kratos and Atreus, the other side character models are also improved with more details and narrative expressions. The cutscenes, similar to the previous title, have a smooth transition from the gameplay and sometimes feel like a theater experience just because of how gorgeous it looks. 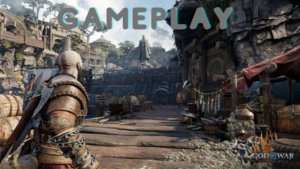 From battling creatures, traveling midlands, exploring paths, and finally confronting gods, Ragnarok is the perfect action adventure one can think of. Although the gameplay is quite similar, the main differences the players will notice are in the memorable fights with new combats and action sequences. Facing new challenges is a result of a well-written plot and smooth gameplay. The axe is similar and now you can use them to hook around enemies and chop them up if needed. The Blades of Chaos plays the same with ranged and heavy attacks and is assigned from the start of the game.  The combat is an improvement over God of War’s already ferocious combat but the boat still runs the same with monotonous rowing. Mixing up the axe and blade attacks, mixing up the ice and fire sourcing from the weapons is delightful.

A little more than 28 hours of enthralling action and adventure which will take twists and turns in its plot is what can players expect from the new God of War Ragnarok.  An ample amount of side quests can also be played along with the story which is a bit longer than the previous game. Although it still manages to hold every anger and melancholic vibe throughout its journey with Kratos and Atreus and other companions they face while traveling.

Apart from the story, Ragnarok has been gifted with gorgeous graphics compatible with the next-gen consoles. The addition of new weapons, skills, and combat moves makes the game even more joyous. Satisfying battles and encounters are a constant source of enjoyment. Ragnarok is better and bigger and is one of the best video games to exist as an expansive version of its predecessor which was already a masterpiece.