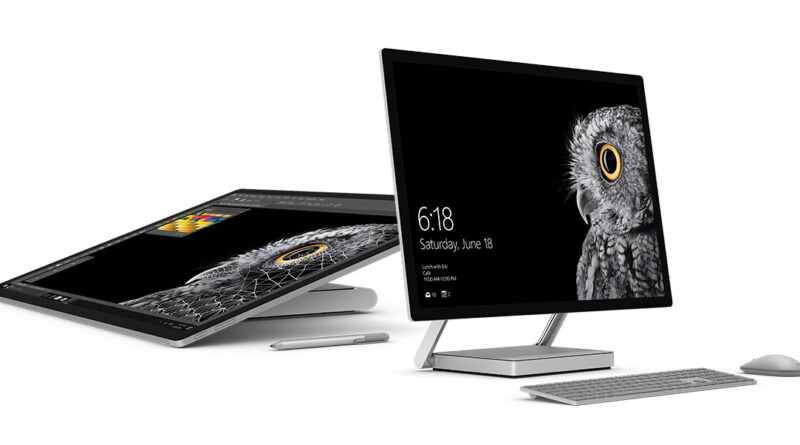 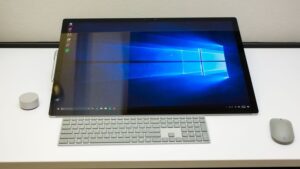 On an aesthetic level, the Microsoft Surface Studio seems like a regular iMac, but the cleverly designed hinge that holds the touchscreen monitor on the designated angle and place is truly fantastic, it works like muscle memory, its really easy to adjust the display angle and really hard to displace un-intentionally, Microsoft calls it the zero gravity hinge and we love it. 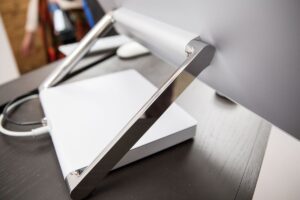 Unlike other all in one PCs, where the hardware is all cramped up behind the monitor, The Microsoft Surface Studio houses all the tech on a small tiny box at the base of the zero gravity hinge, The fully loaded system is powered by a sixth generation intel Core i7 Processor with 32GB RAM and 2TB Hybrid drive with 128GB SSD and Nvidia GTX 980M graphics chipset. 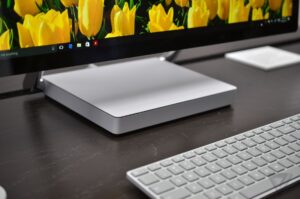 a relatively cheaper and less beefier version of the Microsoft Surface Studio is also available, but the tech specs on that device will not suffice any creative professional, hereby we have decided to not talk about that system.

We must say that the price of the Microsoft Surface Studio doesn’t really justify the tech specs, but the USP of the divide is not the tech specs, its actually the Wonderful Display. Display 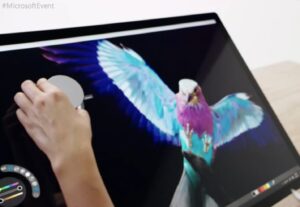 The USP of the Microsoft Surface Studio is its “Display” and it uses a 28” , 4500 x 3000 (192 dpi) resolution touch screen, everything on screen looks great and the 3:2 aspect ratio makes things look like life size, the display is reflective and glossy, but it should not be a issue in the office spaces or studios it it designed to be worked on. 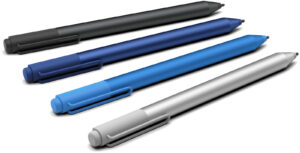 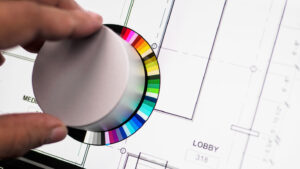 Surface Dial is a new kind of input device designed by Microsoft for all its surface devices, but its paired best with the Microsoft Surface studio, the Surface Dial is aimed at professional sketch artists and designers and it is suppose to be an extended control element of the artists graphical interface, 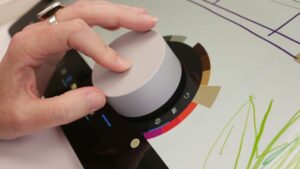 The Surface Dial is a combination of many functionality features like 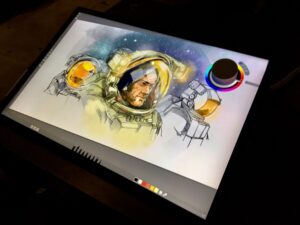 Unfortunately, the Surface dial is not supported by many apps as of now, including Adobe photoshop, but we think the scene will change soon Conclusion With the kind of marketing backbone that Microsoft is putting behind the Microsoft Surface Studio and positive reviews by numerous artists from within the art and design industry, the Microsoft Surface Studio seems like a product on the rite track, however things like last generation hardware and relatively weak and expensive entry level models are major negative points, however the core components of the device is just magical, the display is one of the best touch screen displays available rite now and the surface pen works great too.

Our rating of the Microsoft Surface Studio is 9.6/10