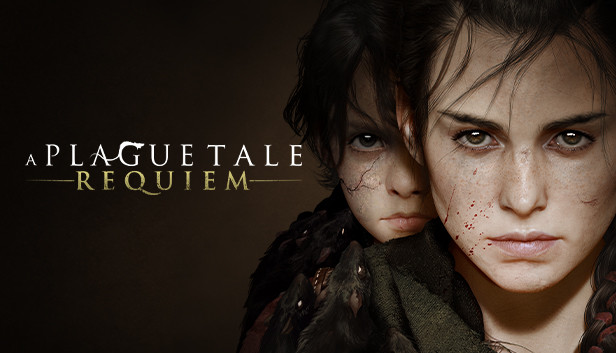 After a successful run of the popular action-adventure stealth, A plague Tale Innocence, the developers from Asobo Studio are back with its sequel, Requiem. The game was released for Nintendo Switch, PlayStation 5, Windows, and Xbox Series X/S on 18 October 2022. Requiem
looks stunning with improved visuals, stealth and action, and a lot more to explore.

The new Plague tale adds a polish in each section of the game we didn’t even realize that we were missing in the first one. The sequel rightfully maintains the essence of the stealth action-adventure genre and expands it. The Requiem now brings a narrative experience that often opens opportunities to explore new lands along with gorgeous graphics, in addition to gameplay that introduces new elements with each chapter. 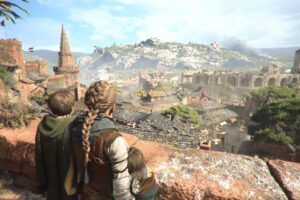 Plague Tale Requiem story is a continuation of its predecessor and it follows the events after six months. The survivors from the first game travel to the south through France to escape the rat plague. The protagonist Amicia and her little brother Hugo must now travel to an unknown island to find a cure for Hugo’s mysterious disease caused by the rats. By this time, Hugo finds himself with overwhelming powers caused by the plague. Not long but the group is soon attacked by the swarm of rats. The story then progresses with various tunes of emotions correctly penned down by the developers. Can Amicia along with the group be able to find a cure for Hugo’s disease and destroy the plague?

Plague Tale Innocence already set a barrier in its graphics for the rest of the franchise. Requiem meets exactly its expectations and sometimes even better. The character models are more lively and vibrant with impressive voice dubbing sets the right mood for the story. The screen stuttering due to the huge pile of rats is now rarely seen. The medieval setting with rocks and hills and green countryside. The NPCs are more lively and can be interacted with. The game runs smoothly with a minimum of 8 GB RAM and GTX 1050 or higher. The PS5 runs at a stable 60 FPS in 1080p and 45 FPS in 4K. The gameplay mechanics remain similar to its predecessor where Amicia along with her brother, Hugo races through the environment stealthily getting past the guards and swarm of rats which are deviated using a light source and can also be used as an advantage against the enemies. A new sandbox kind of stealth and puzzle solving has been added which makes the game more fun. Other stealth is now not necessary but an option as Amicia no longer dies from a single hit of an enemy but can regain health and further move through an alternate path.

New territory can now be explored and discovered. Combat and stealth are now more expansive with new vantage points and hiding spots. Crafting can still be done with improved weaponry like rat bait, extinguishers, missiles, and crossbow bolts. Different methods are required to distract, stun, blind, or kill enemies. Further claiming help from companions like Lucas, Hugo can now be decided along with some new faces in the group.

The stealth game remains the same with new vantage points and hiding spots and new mechanics for sliding down from one cover to another. Puzzle-solving is now required to cross hurdles and often needs help from other companions. Although getting stuck can be often disappointing and frustrating in between puzzles. Controls are similar to the first game, bursting clay pots and crafting weapons now comes in handy. New ratsense control has been added (by pressing Q on the keyboard and the down arrow on the controller). A new companion order selection button is also added which allows users to interact and direct the companions with their abilities. New abilities like Tar, Extinguis, Odoris, Ignifer can all be done using the num keys on the keyboard.

A Plague Tale Requiem is easily one of the best new game releases of the year. It is a perfect sequel with improved new-gen graphics and an environmental setting that makes the game look so real. Further the story progresses by chapters similar to the previous game but with better writing and narrative. The story often gives joyous glimpses and sometimes dark grief.

The screen often haunts with swarms of rats, the movements of which have been genuinely improved causing no glitches this time around. The mercenaries and guards are now more interactive and lively which is often fun to get passed by solving puzzles or in combat. Combat is now mixed with crafting weapons, using new abilities, and using the companions’ help. The gameplay is even better and remains engaging till the very end. The Requiem is one of the best games this year and has to be on the gaming checklist because of how the game excels in every aspect.