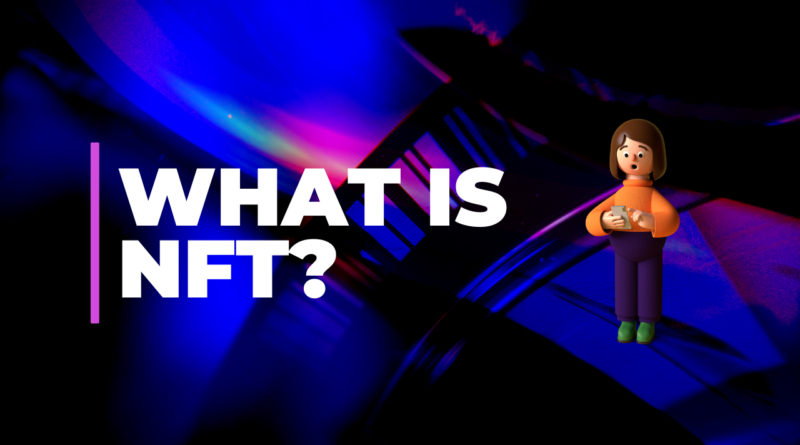 Non-Fungible in the most basic of terms can be expressed as Non-replaceable. So in very easy to understand terms it can be said that something that holds a value which cannot be replaced by any other. Something fungible could be explained as say a smartphone. Which has been mass produced so essentially you could spend some money and replace the smartphone with an identical one. And the data it stored with pictures of your loved ones, captured memories let’s say if those get lost now that is something Non-Fungible. It cannot be bought or replaced as they hold some irreplaceable value within them.

The Term NFT involves using Blockchain to verify the originality of a digital art piece which can be easily copied otherwise and even lose all its value in the process. What enables this is “Blockchain”. This enables even a digital token to hold its value and thus copying it does not make it lose its value since its originality can be traced using blockchain, specifically by the Ethereum blockchain. 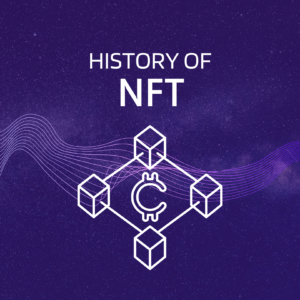 The history of NFT’s have a specific aspect of “Colored Coins” as these were at first just a means of trading crypto currency. These colored coins had many issues with them which led to the introduction of counterparties. Counterparty is a peer to peer financial platform which is built on the bitcoin blockchain in 2017. Believe it or not a huge credit to the NFT movement goes to the meme culture. Specifically “Pepe the Frog” wherein people started to trade and collect what is referred as “Rare Pepe” during this period a website called “RarePepeWallet.com” emerged which basically was an exchange medium for such rare images in exchange of actual money.

This could be ascertained closest to an NFT transaction where digital tokens were non-fungible and held a certain value as per today’s standards. These later had a boom as more and more ways to exchange crypto were created such as the Cryptopunks which were digital characters which were at the time given away for free, games such as ‘Cryptokitties’ and a lot more.

What are NFT’s used for?

NFTs can be considered as real world assets which hold a certain and even significant value. NFTs have enabled digital scarcity for assets which was previously very difficult as piracy and copying digital artwork is significantly easy therefore they have enabled keeping virtual artwork rare and holding its value similar to a real life artwork.

Future Use Cases of NFTs 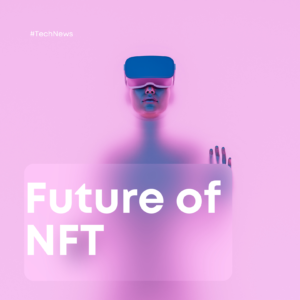 As NFTs mature more experimental use cases will be developed over time such as music royalties, digital artwork that can not be pirated and a lot more. NFTs could be used in gaming as many games have an in game currency which amounts to some real world money. Games could have potential in game items which could be based on the NFT format making them unique and have potential real value.

Ticketing agencies could use NFT’s which can be verified which can prevent scams and potentially save people from losing money. This could also allow tickets to be non transferable which prevents misuse and hoarding of tickets.

NFTs can be used to verify and secure documents. This could provide protection from fraud and make verification easy and simple.

What is the Underlying Technology Behind NFT.

The key technological aspect that enables NFTs is Blockchain. Blockchain is a chain of blocks that contain information. Originally intended to timestamp digital documents so that it is not possible to tamper with them. This technology was adopted by Satoshi Nakamoto in 2009 to create Bitcoin. Blockchain is a distributed ledger completely open to anyone. This blockchain technology enables each NFT to have a unique fingerprint of sorts so that it cannot be copied and the ownership and price of a given NFT is available for everyone to see thus it can be traded holding its value.

What does it mean to Buy an NFT?

NFTs are just a set of data in the end. It could be a GIF, a JPEG, an audio file, any digital file. Previously and to someone oblivious to the technology behind it it might seem completely pointless to pay for an image that could be easily copied or say taken a screenshot of, the value it holds is the certificate the NFT owner gets. An NFT is non fungible so a screenshot of it will not have any value whatsoever and neither affect the value of the original as there is a blockchain entry which makes it irreplaceable and one of a kind much like any physical original art piece.

Are NFTs an investment? The answer depends on the amount of information that the buyer has of it. In the crypto world where NFTs are selling for 999 Ethereum coins. Which at the time of writing this article is priced  2,05,574.76INR. It can be said that this could be a potential diamond mine but also what needs to be considered is that diamonds come from coal mines which do have about 99% of coal within them. The same could be said for NFTs where a huge percentage of them would amount to nothing. Similar as is seen in the crypto market where a select few have changed the world while others just amount to nothing. Like any other investment there are substantial risks involved in NFTs as an investment and a huge amount of research should be done before considering investing.