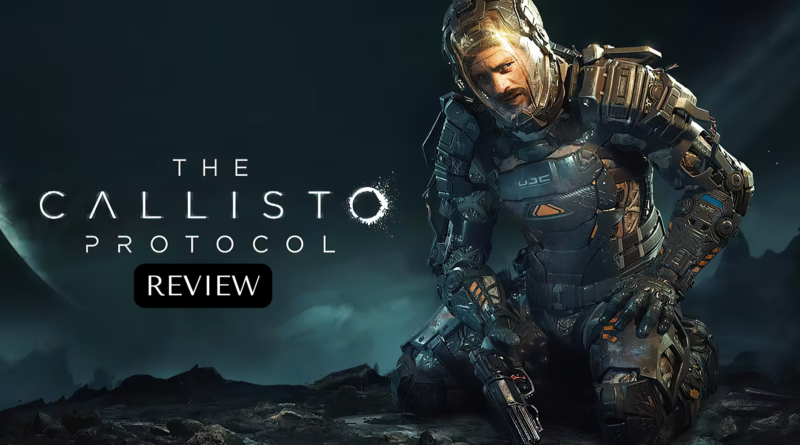 The Callisto Protocol is the latest addition to the survival horror genre. Directed by Glen Schofield of the legendary Deep Space series. The Castillo Protocol is a next-generation survival horror that builds on the game-changing foundation set by Dead Space. The game was developed by Striking Distance Studios and published by Krafton. There were some early intentions for the game to take place in the same universe as another popular Krafton release, the massively successful PUBG: Battlegrounds but this plan did not make it into the final cut.

This Callisto Protocol will provide a unique experience for players unfamiliar with the survival horror genre, but even seasoned veterans will be dragged kicking and screaming into a deeply immersive experience by the game’s suffocating atmosphere and striking visuals. The massive hype surrounding the game was largely driven by the fact that it’s the spiritual successor to Dead Space and there are plenty of Dead Space inspired scenes for fans of the original horror masterpiece. The Callisto Protocol adds some of its own new ingredients to the mix with enhanced strategic combat options and insane next-gen graphics. While the game doesn’t stray too far off the path in terms of innovation, it’s fully loaded with gruesome action and impressive art direction. 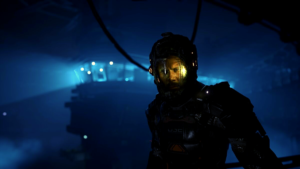 The Callisto Protocol is set in the year 2320 and the story unfolds within the walls of Black Iron Prison, located on the dead moon Callisto that orbits Jupiter. Jacob Lee is a wrongly incarcerated inmate and the character players utilise in gameplay. The chaos begins when an unknown pathogen breaks loose in the prison transforming your everyday prisoner into grotesque monsters or ‘biophages’. Jacob teams up with the reluctant Dani, another unfortunate inmate of Black Iron and together they attempt to escape Callisto and its murderous inhabitants. Their escape is thwarted by Duncan Cole, the prison warden, and they are faced with no other option than to confront Cole and the bloodthirsty creatures head-on.

The story unravels as you fight for survival in the depths of the prison, helped along by plenty of entertaining cinematics. The rich storytelling combined with a healthy dose of scares and brutality makes the journey to uncover the mysteries buried beneath the surface of Callisto an enjoyable and extremely violent experience.

The stand-out feature of this game has to be the graphics. The Callisto Protocol looks absolutely beautiful. The game delivers from start to finish with intricately detailed visuals and hyper-realistic character rendering. The environments on the dead moon Callisto have been designed to make you feel oppressed and alone and thanks to masterful art direction and legit next-gen graphics that is exactly how you feel. The cold corridors of Black Iron Prison evoke a sense of dread that is impossible to escape. The expansive cast of monsters the game throws at you is designed to instill maximum terror and the vivid detail developers put into conveying the gruesome nature of the game has you reaching to wipe blood splatter from your face after each melee attack.

The Jacob Lee death sequences are ruthless and look as good as any animated Hollywood blockbuster. The stunning visuals infuse perfectly with the game’s creepy audio track to create full immersion into a frigid blood-soaked world that will have you jumping out of your seat on more than one occasion. There is no doubt that The Callisto Protocol is a graphical powerhouse and one of the best-looking games of 2022. 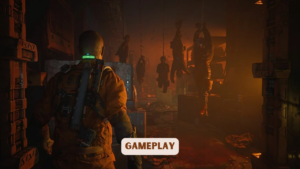 The Callisto Protocol bears many gameplay similarities to its Dead Space predecessor. Players can choose to destroy the army of lurking creatures with both melees and ranged attacks. The early part of the game consists of mostly melee combat as weapons and ammunition are in short supply. The murderous fun players can have with melee attacks ranges from brutal limb-by-limb dismemberment to stealthy knife attacks that allow you to remain undetected. The difficulty spike becomes noticeable as the game progresses but this is offset somewhat by the introduction of the GRP.

The GRP is a gravity gun that the prison guards use to keep the inmates in line. The GRP gives Jacob the ability to lift enemies through the air and using this weapon usually results in players getting the opportunity to experience some beautiful next-gen gore as they fling enemies into industrial-sized exhaust fans or one of the many killing machines the game offers up in each of the sections. The gameplay is experienced from the perspective of a third-person camera that sits just behind Jacob. The proximity of the camera allows players to experience all of the glorious bloodshed in a disturbingly intimate way.

The combat sequences can become a little repetitive, especially on the higher difficulty setting where enemies can take up to 10 shots to finish off. This repetition can be mitigated slightly by mastering melee combo strings that allow players to kill enemies with a single shot to an enemy’s weak point. Furthermore, the game has been receiving some bad press following its initial release due to some substantial performance issues but these will no doubt be fixed in future patches.

The Callisto Protocol is a great addition to the survival horror genre. The game’s art direction and audio score do an incredible job of immersing players in the unsettling environments of Callisto. The hesitation players will experience when moving through the cold prison hallways is a testament to the genuine fear that developers have imbued in the gameplay. While it may not be the best horror game ever made The Callisto Protocol is a heart-pounding horror ride that shifts between tense atmosphere and brutal all-out carnage. The only real letdown is the somewhat repetitive nature of the game and the soon-to-be-rectified performance issues.

The comparison between The Callisto Protocol and Dead Space is difficult to avoid and while this game may not eclipse the original, it’s a worthy successor.

Overall, The Callisto Protocol gets a solid 7.5/10.