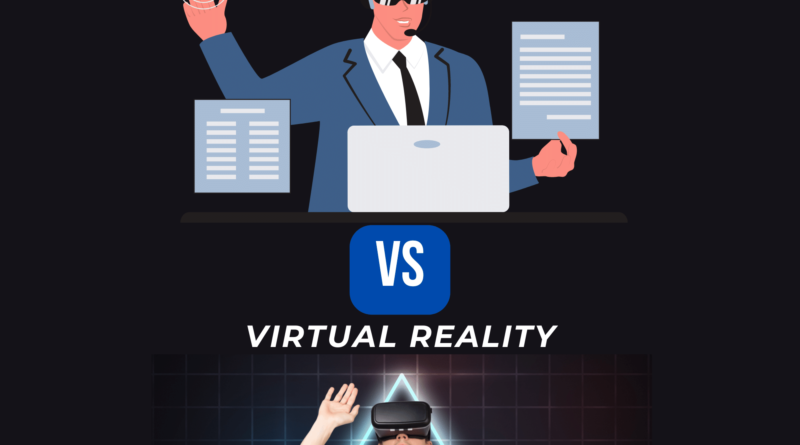 AR and VR are both used for enhancing surroundings. AR augments the surroundings by adding digital elements to a live view, often by using the camera on a smartphone. Whereas VR is completely fictional and replaces real-life experience with a simulated one.

The three elements of VR are life-size 3D space, Real-time interaction, and Self-projection. These elements build up the technology to create a virtual reality.

To create a successful simulated environment the correct field of view is important. For humans to experience, a field of view of 200 degrees is required. Although the headsets are not capable of producing such high FOV. Today,s headsets provide the utmost 180 degrees FOV for high-quality simulation.

Then comes the FPS or the frames per second at which the environment is seen by the user. In the case of virtual reality experience, anything below 60 FPS causes disorientation and headaches. Today’s devices run the frames at 90 per second which is considered to be ideal. Although higher FPS than 90 would make it more true to life.

Another important thing is the sound and impact of its feedback. The sound adds realism just like in the real world. Here the spatial audio works which create simulated audio as per the environment.

To move freely in a virtual reality we need to understand 6DOF i.e. 6 degrees of freedom which means that the movement should take place in all the 6 degrees for a successful simulation.

There are two ways in which movement takes place – Optical and Non-Optical. Optical tracking uses an imaging device to track body movements. On the other hand, Non-Optical tracking uses sensors attached to the body for tracking purposes. Reflective markers are known as passive markers as they reflect light, but there is another type of marker known as an active marker. These are computer-controlled LEDs that allow for more accuracy. Optical methods of motion tracking use cameras. The person being tracked has optical markers. Usually dots of highly reflective material on certain known points of their body or the equipment such as the HMD or handheld controllers.

In addition,  The virtual reality equipment that you wear on your body such as an HMD or the controllers you hold such as the Playstation Move, Oculus Touch, or SteamVR controller contains micro-electromechanical sensors such as accelerometers, gyroscopes, and magnetometers. Combining three sensors can provide a device with low-latency, precision motion data. So this can be combined with optical methods such as infrared tracking or passive reflector tracking. Motion can also be tracked using systems that are more overtly mechanical. Mechanical exoskeleton systems can be used both to provide haptic feedback and to capture motion. These optical and non-optical motion tracking methods are likely to be in motion tracking systems for the foreseeable future.

For instance, Mobile VR headsets like the Samsung Gear VR, Google’s Daydream View, and the Oculus Go use 3DoF, which means they are capable of rotational tracking only. 6DoF headsets can allow for full autonomous movement through a 3D space, as in Playstation. 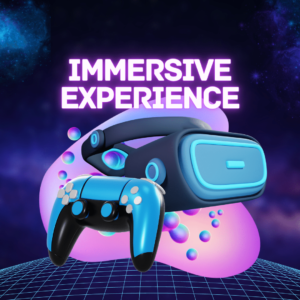 Most small-size displays have a refresh rate of 60 Hz which adds about 15ms of additional latency. Further The number is reduced to less than 7ms if the refresh rate is increased to 120 Hz or even 240 Hz. Our eyes have a horizontal FOV of about 120 degrees per side and a vertical FOV of some 135 degrees. Therefore We conservatively take the average, i.e. 160 degrees. Virtual reality cameras can be used to create VR photography using 360-degree panorama videos. 360-degree camera shots can be mixed with virtual elements to merge reality and fiction through special effects. VR cameras are available in various formats, with varying numbers of lenses installed in the camera.

Moreover ,to create a feeling of immersion, special output devices are needed to display virtual worlds. There are different technologies available to bring the respective image to the right eye. Special input devices are required for interaction with the virtual world. These include the 3D mouse, the wired glove, motion controllers, and optical tracking sensors. Controllers typically use optical tracking systems (primarily infrared cameras) for location and navigation. 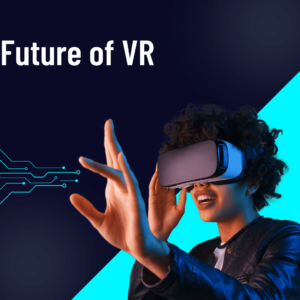 Above all,VR technology is bound to get a whole lot better in the coming years with better Field Of View, Frames Per Second, and 3 dimension audio. Use of haptic feedback devices like the HaptX Gloves, which provide realistic touch sensations for the objects users interact with in VR. Parallel advances in machine learning technology in the education field are going to make immersive distance learning a reality for the first time. VR technology is only just beginning to realize its potential in a variety of fields. As the technology grows, the use of VR will vastly increase in various fields and applications.