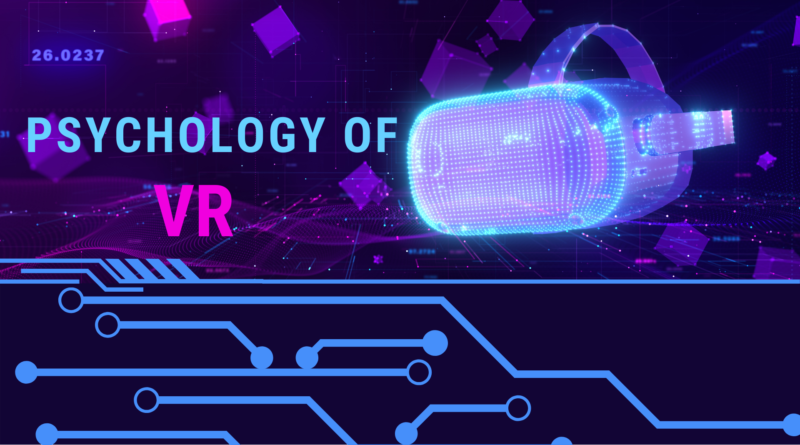 The Psychology of VR

The Psychology of VR is the backbone of the mechanism and is necessary to learn about the technology. In this article, we will talk about the level of immersion in Virtual Reality and the three illusions in VR.

1. Levels of Immersion in VR

There are 3 primary categories of virtual reality simulations available: non-immersive, semi-immersive, and fully immersive simulations. The immersion is the sense of being immersed. In other words, it creates a virtual reality that goes as far as to match the reality and feel immersive. The potential of VR systems may bring senses like smell in the future which will add to the immersion. Virtual reality through a full head-tracked head-mounted display is more immersive than desktop virtual reality because I can use the full head-mounted display system to simulate a desktop system. A higher level of immersion means to make it completely simulating. 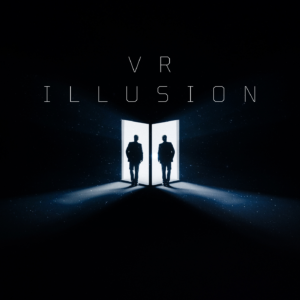 ● In Virtual Reality, to describe the feeling of being in the place we describe immersion. The place illusion is one of the illusions which says the place where you are. Place illusion can occur even if nothing is happening in the environment. In virtual reality, it tells the way you are.
● The next illusion is plausibility, which is how real I take the events to be. Further, I can be in a place, I can have the feeling of really being in a place, but I don’t believe anything that’s happening there.
● The third illusion is body ownership which describes the body which you are in, inside the virtual reality. 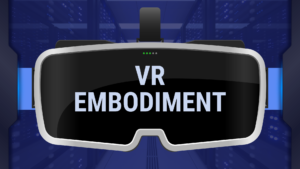 In VR to visually substitute a person’s real body with a life-sized virtual one, seen from the person’s first-person perspective is the work of embodiment. In other words, when we place a VR headset on, our virtual bodies at least momentarily substitute our real bodies. When we move, our virtual bodies move, even when we see our virtual bodies reflected in virtual mirrors. To set up a VR Embodiment lab you need a head-tracked head-mounted display with as wide a field of views as you can get. Further, the OptiTrack body system requires some infrared cameras around the room and some markers on the body, and so on.

5. Future of embodiment and 360 degree

In the case of 360 degrees, virtual reality with or without stereo one thing that’s immediately different is that of course, it all looks more real. In 360 VR systems somehow the stereo isn’t quite right, so the body kind of looks far away. You can’t have the same kind of multi-sensory stimulation that you can with model-based VR because, in 360, everything is just video recorded, so what you see is what’s been recorded. 360 VR is used a lot by, for example, newsrooms, because it’s very good at capturing large spaces.

Virtual reality is people say well it’s got a kind of contradiction. It’s been going on for a very long time since the first head-mounted display was done. And 25 years ago it was something as big as it is now, but it vanished, and now again is coming big. So it’s been around a long time and it’s had these different phases of development. In terms of embodiment is that it’s one of the most powerful unique aspects of VR, to have a different body. Embodiment is going to be central to the development of narrative storytelling in virtual reality, as well as many other aspects.

For the user, Virtual Reality provides the closest experience you’ll get to the real thing, taking you directly inside an experience. It provides a place where the user can completely focus and engage with content at a deeper level. The Psychology of VR is a part of it which helps in better understanding of the immersion level and embodiment related to virtual reality. VR could change not only where you are but who you are.