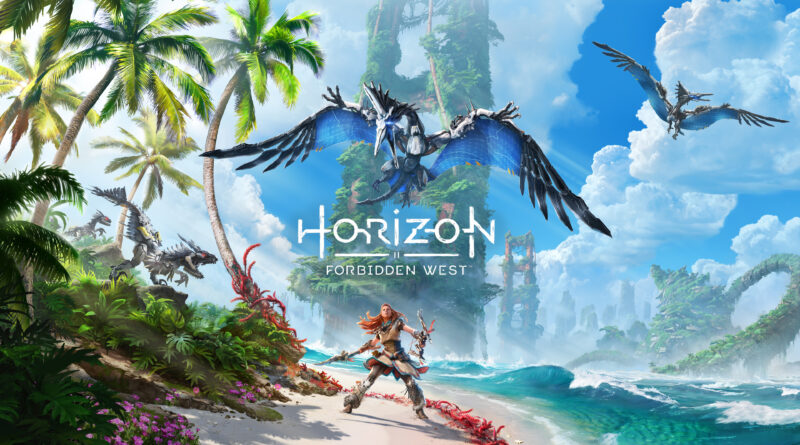 Horizon Forbidden West is the sequel to the well-received Horizon Zero Dawn. Available for the Play-Station this third-person action-adventure game brings a lot new to the table. Building on its predecessor’s strong foundation, the sequel brings new exciting gameplay mechanics, intriguing character building, and an overall added flare to the world-building and storytelling aspect of Horizon. And what cuts this above the general open-world formula of too much or too little is the thoughtful construction of the open world with genuinely interesting and engaging content that is densely packed throughout the Gorgeous world of Horizon Forbidden West. 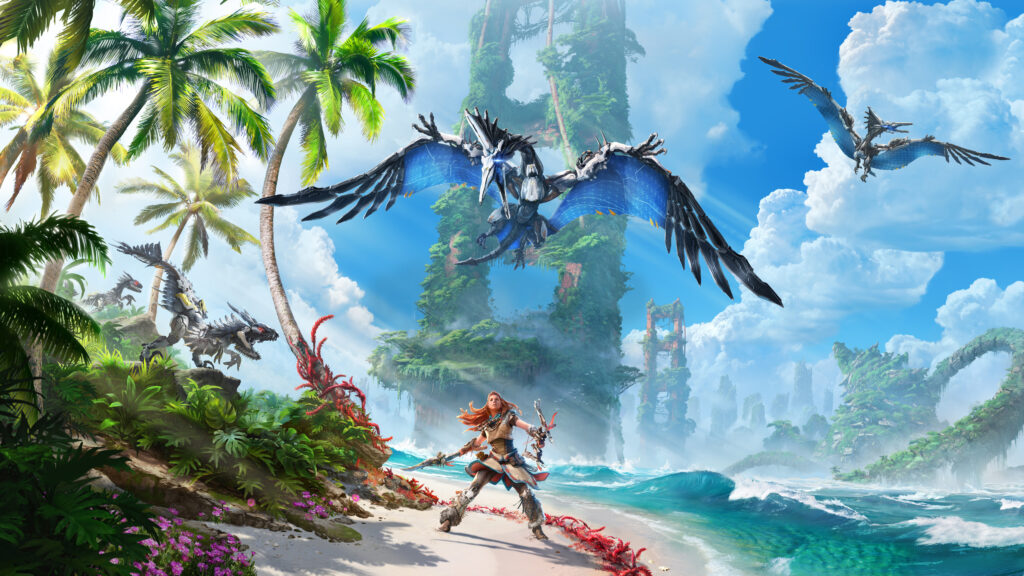 Forbidden West starts almost immediately after Horizon Zero Dawn and its DLC The Frozen Wilds. Proceeding with the same protagonist “Aloy” is faced with the challenge of saving the world from the danger of extinction and to do that she needs to head into the ‘Forbidden West’. For the best experience of Forbidden West, it is recommended that the players do play the prequel as the game builds upon the last one and makes it larger and better.
The Story is engaging and the overall direction has what it previously lacked as there are fewer information dumps, Aloy’s quests are not just looting centric but feel like they affect the characters and there is a healthy amount of buildup even in the side quests as Aloy has to engage within the lives and political aspects of the various tribes that inhabit the West. This gives greater depth to the story and makes the game a lot more meaningful.

The world of Horizon did not lack visual flair in the prequel and it has just expanded greatly as more and more environments have been added to the game. One major point is the addition of underwater expeditions which not just adds to the visual but also the exploration aspects of the open world. The world is filled with beautiful landscapes and players will often find themselves just gawking at the drop-dead beautiful world that has been portrayed. This game can push the PS5 to near limits and is visually pleasing in every aspect, the art style is amazing, character models are very detailed and the textures are great. 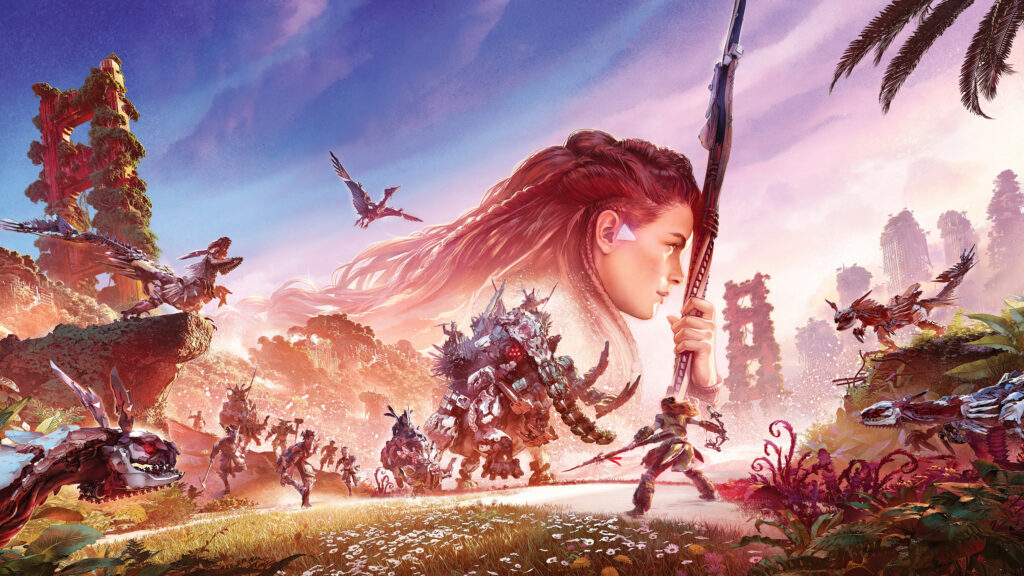 Horizon Forbidden West has fantastic character moments and the presentation of given characters is such that the players can easily get attached to the characters and what happens to them throughout the story will have a significant emotional impact. The voice acting is amazing with no character feeling odd or out of order. And even random or side characters seem life-like.

The game consists of a list of custom soundtracks crafted specifically for the game which match the mood and the theme of the game perfectly. This adds a significant impact on the presentation of the game as music greatly helps set the right mood. The entire soundtrack list of the game is available on streaming platforms and even out of the game these titles are a joy to the ears. 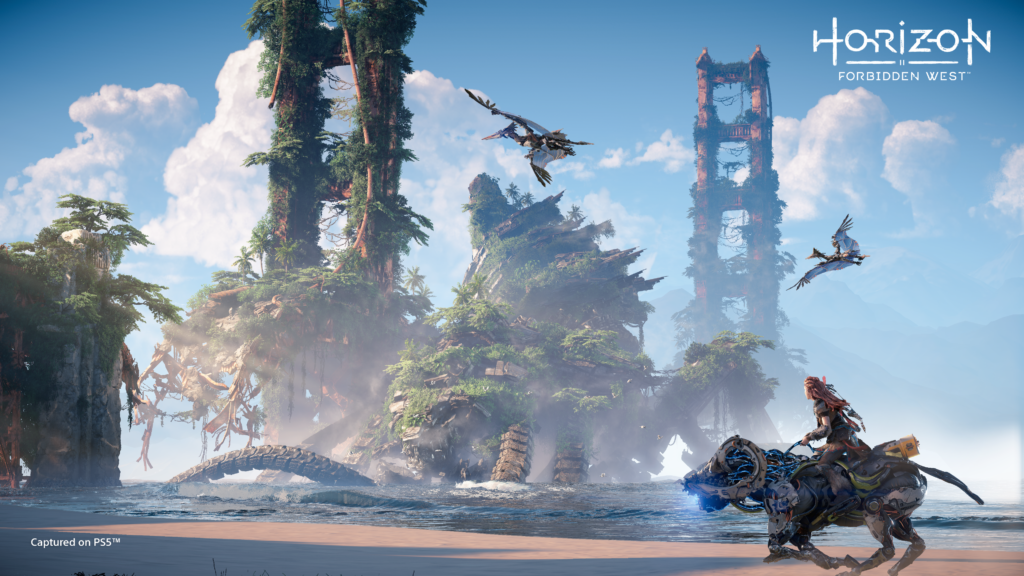 Horizon Forbidden West has a great open world with stunning visuals and exploration across the board. The world is ridden and densely packed with content to do which sometimes may seem overwhelming but is carefully crafted and feels meaningful as character interaction is more the usual “go there, get that” formula which is found in open-world side-quests.
The varying landscapes and different domains paint a fresh coat on the already stunning world and the new underwater exploration feels refreshing as it changes the mood of the game. The game contains several relic ruin sites with fun and complex puzzles which unlock a reward for each you complete. Even map revealing Tallnecks are each a different puzzle on its own. The general goal is to climb on top to reveal a certain part of the map but these giant robots are a fun and engaging way to interact with the world.

Aloy’s interaction with the different tribes of the Forbidden West is a great journey as she interacts and gets to know the different characters, learns of their problems and this level of involvement gives the game a certain character that sets the mood for meaningful resolutions and conflicts. 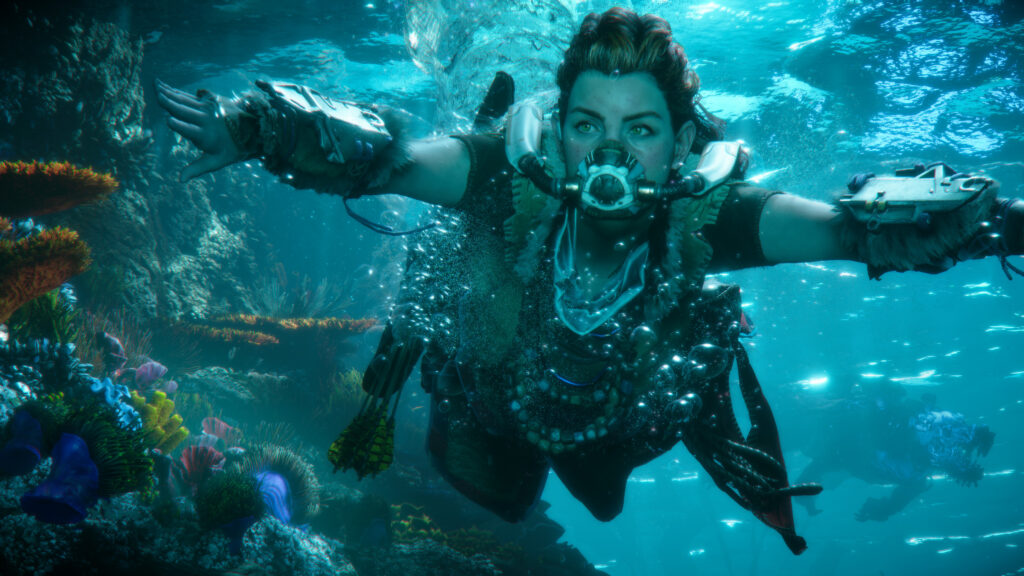 The game has developed a great deal since its predecessor as many new mechanics have been added. Traversal options have seen a great improvement with the addition of much better climbing abilities, along with the addition of a powered grappling hook. Aloy also now has a glider to get down from these heights with ease. Combat is riddled with new weapons and ammo types which can get a bit overwhelming as players have to constantly choose which weapon and ammo they have to use. This with time gets better as elemental effects are a big part of the game and as the character progresses this selection gets easier.
Another welcome addition to the Arsenal is Valor abilities which essentially can be compared to ultimate abilities. These have a charge-up and can be used once after their meter is full.
The game has 6 skill trees to progress and each comes with 2 specific Valor abilities.
The player can equip 1 valor ability at a time and it adds a good spice to the fluid combat the game has to offer.

Horizon Forbidden West is a much-anticipated sequel to a strong foundation and the game has delivered great upgrades while playing safe and not taking many risks along the way. Sony has followed the approach of ‘if it’s not broken don’t fix it ‘ and it pans out well as the aspects which lacked in the previous game have been worked upon.
Forbidden west is an easy recommendation for players who enjoyed the first installment and even new players can get into it with a learning curve that isn’t very steep. The characters are lovable and the gameplay is solid. The only issue could be the overwhelming options and some clutter in the weapon and ammo selection, as things can be confusing for new or casual players.