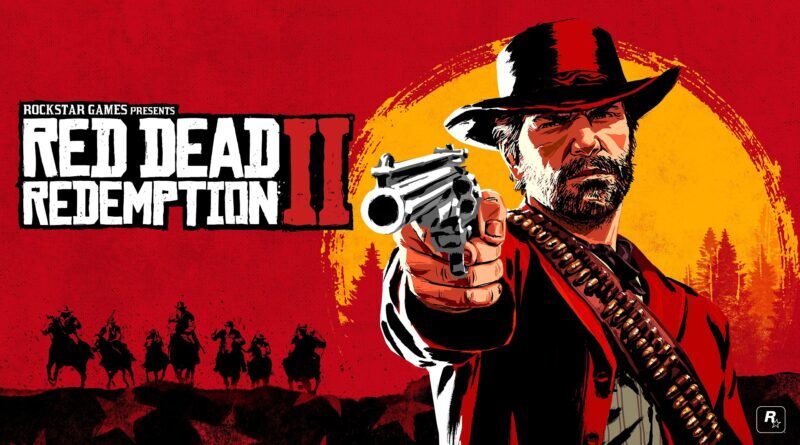 Although about 3 years old, Red Dead Redemption 2 still stands at par with many recent releases such as Cyberpunk 2077, Doom Eternal, etc. Graphically speaking this game can still push a high-end graphics card to its limit. Released a little while before RTX became a thing Red Dead Redemption 2 surely misses the latest and the greatest visual add-on. But the lighting and the ambiance of the game are nothing short of spectacular.

Based on the late 1800s of America where cowboys are getting hunted as modernization is followed by law and order. The protagonist Arthur Morgan and his gang are running away from the law and westernization. The leader Dutch Van Der Linde always seems to have a plan which requires more and more money and work but is always engaging.

Starting in the beautiful yet dangerous Grizzly mountains the game shows off its beauty from the very first of the nearly 80 story missions it has. The map does not seem monotonous as there are a wide variety of landscapes that keep the game fresh even after hours and hours of playthrough. From swamps, backwaters,  snowy peaks, spectacular grasslands, and many other variations to keep it fresh.

Also, Red Dead Redemption 2 is rigged with random NPC interactions that affect the gameplay and make travel interesting as horseback is the prominent way to go around. Traveling around on horseback you can switch the game to cinema mode whereby setting a waypoint the character can navigate on his own but even still it is engaging and filled with various interactions.

There have been instances where the game can let you wander into the woods to discover a secret weapon and for hours the player dwells in the beauty and the depth of the game to which the creators have made the game.

Music in this game is a delight, custom soundtracks were made for the specific period to match the game setting which gives it a greater level of emersion.

Controls are for the most part very responsive. But the level of intractability can be a bit overwhelming. Horse riding through the city is a pain as every time you hit someone they complain to the police leaving with you a bounty which is a pain to get rid of.

The characters in the game are lovable. Arthur morgan in specific is an amazing protagonist who can sometimes seem dumb but the voice acting along with the details such as growing hair (Yes the hair grows with time and even requires tending to) feels alive.

The voice acting sells the emotions the characters have. What stands out from any other AAA open-world game is that this game stands out way more. Hunting feels real, meaningful, and exciting. Tracking down a perfect pelt animal or a legendary animal may be a little repetitive for some people but personally, it was different enough to keep it fresh. The countryside is brimming with wildlife to discover, hunt or simply adore.

The amount of stuff that goes on in the background even when you don’t do much is astounding. The gang needs have to be fulfilled and the choices you make do make a difference. Character progression is fun and filled with events that make you feel like a real cowboy.

The sunrises and sunsets in this game are some of the best I have seen in any open-world title right at the top along with Assassin’s Creed Valhalla. The ability to set camp and enjoy the view is something else that can be done to have a change of pace from shooting, killing, and robbing.

Customization in this game has cracked the level that you can detail guns, Arthurs clothes, hair, facial hair everything can be customized. Hunting perfect pelts to get upgrades, both visual and statistical is a bit of a grind but totally worth it. Arthur can but apparels but can also craft many of the wearables which have added effect to him or even to the gang hideout.

Overall speaking, Red Dead Redemption 2 more than lives up to its AAA title name. And is nothing short of a masterpiece that has refined gunplay, nail-biting moments, an amazing storyline, and many other open-world aspects that make this game worth the price it has.

The game likes to take its place as bodies have to be looted manually, guns have to be cocked before shooting, coffee has to be brewed by hand, the horse has to be cleaned and fed, and so on. This may seem like a chore to some but such small things help a great deal to help with the level of emersion of the player.

Red Dead Redemption 2 is definitely one of the most meticulously detailed games ever created. The ability to interact with each and every NPC the game has to offer has such a huge impact in selling life in the game it feels almost bad to play any other game without such an amazing feature.

The game feels alive as you catch prey, hunt bandits, help or break the law, shoot down bad guys and in my personal opinion, the best part is, look amazing while doing it all.

We rate this game a strong 9/10 as Would highly recommend this game to anyone who likes to play open-world immersive games.