What an amazing way to start off the year. CES The greatest show of the tech world kick started just a few days back and it has not failed to amaze tech fans from all-round the world. What’s more interesting this time, is the Inclusion of AI in almost all gadgets. Looking at this trend we feel that in the next two years Artificial Intelligence will be more widely accepted and used around our day to day lives, Well, leaving our assumptions aside, let’s dig deep into the #CES2018. 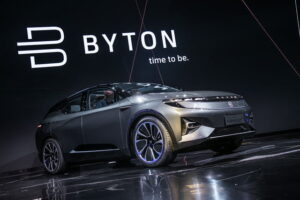 Right away from intelligent cars, like the BYTON Smart Car to an AI infused coffee maker, a lot of smart gadgets were displayed by manufactures all over the world. Although we are going to emphasize mostly on this year’s gaming, computing and display tech in this article. 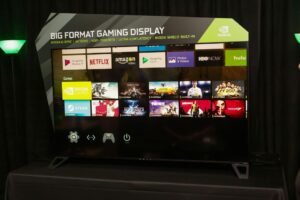 The leading manufacturer of gaming components, introduced their 65’’ 4K panel. Unlike any other displays out there, this one is made for gaming. The 120HZ 4K HDR panel promises to deliver around 1ms response time and a smooth refresh rate. The LED panel itself uses direct array backlight with quantum dot enhancements to produce a DCI-P3 colour gamut and vibrant colours. The LED panel is not so vibrant like OLED panels and uses local dimming to compensate for the lower black levels. But it should not be a deal breaker considering the smooth refresh rate it provides at that resolution. 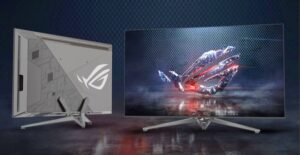 ASUS announced the ROG PG65 big format gaming display based on this panel. How can we not talk about AI now right, well, this one’s got NVIDIA SHIELD Module built into it for seamless streaming and browsing. And it comes with Google Assistant too. 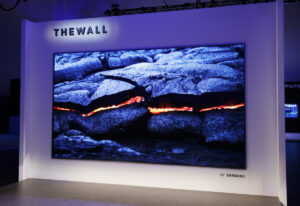 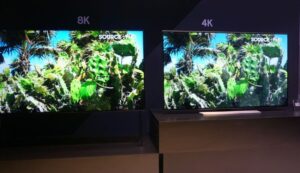 The Q9S is their latest 85’’ 8K TV, The Q9S with built in Bixby support. The intelligent processors promise to make 4K content look even better with all that upscaling going on. This TV infused with AI, should be quite enough to entertain you.

A rollable TV by LG

The newly displayed 65’’ 4K OLED TV though seems like a gimmick, well, its not. In fact, it’s literally ‘Gorgeous’. Earlier this year LG launched a super-thin TV which might be even thinner that an iPhone. So, it would be intuitive to see what this television is all about once its officially launched. Again, its LG that displayed some refrigerators with 29’’ screens fitted to them running on LG’s Web OS. Finally, a fridge that can play angry birds, I guess.

Now, lets move on to the world of computers and gaming stuff, shall we!

The Intel and AMD Marriage

The greatest announcement is that made us wonder is that when Intel announced their AMD Vega infused processors. What? AMD and Intel together! As unbelievable as it may sound, we think its a step in the right direction.

The AMD VegaM chips are expected to outperform even the GTX 1050 or a MaxQ 1060 depending on which version of core processor you take. This would really prove beneficial for the petty ultra-books that still depend on Intel HD Graphics. In-fact Dell, Acer and other manufacturers have already started to implement these on their high end ultrabooks and notebooks. With this new chip, new Intel barebones PC, the Intel NUCs for desktop like gaming on the move. The volume increased to about 1.4L compared to the .7L on the older ones. But, its no big deal when compared to the performance boost it provides with latest 8th GEN Core processors with the HBM embedded Vega M graphics. 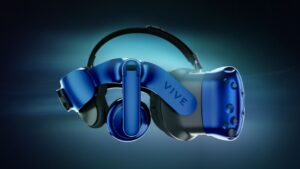 Lets talk about the world of VR, HTC launched their finest of the VR devices. The VIVE Pro was announced with dual 2880×1600 OLED lenses running at roughly 4K resolution, which increased the ppi to an enjoyable 615. 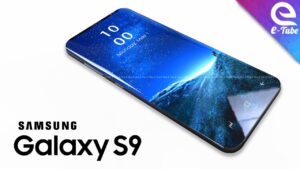 Samsung did not unveil the S9 this CES but leaks confirm similar appearance to the S8 with slimmer bezels and an iPhone-equel dual lens camera for the Plus model. It will be powered by the Snapdragon 845 chip or the Samsung’s new Exynos 9810. Though its hard to say as of now if it will be an iPhone x killer or not as the chip is not that powerful as the Bionic A11 found in the iPhone X and 8. But Samsung is quite confident about its performance. The S9 is going to have a 5.2’’ QHD+ screen and the plus model is going to have a 6.2’’ Display. As far as the memory and the storage goes, the S9 will have a 4GB DDR4 RAM while the Plus will boast a 6GB of DDR4 RAM, 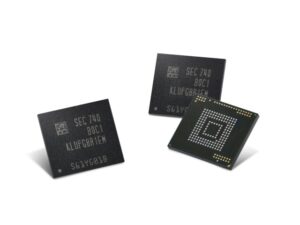 Samsung is believed to be equipping these beasts with fast storage flash modules with up to 860+MBPS read and up to 255MBPS write speeds on the top end variant. Both the devices will have Adreno 630 or equivalent graphics processor. However we have no scoop on the camera module of the Samsung Galaxy S9 as of now. But we believe, the above hardware configuration should be enough to lure customers to the new flagships from Samsung.

Well, thats all we had from tech Happenings at #CES2018 of this beautiful new year.

This is Nishad signing off now.

Have a very Happy New Year from GameReviews.